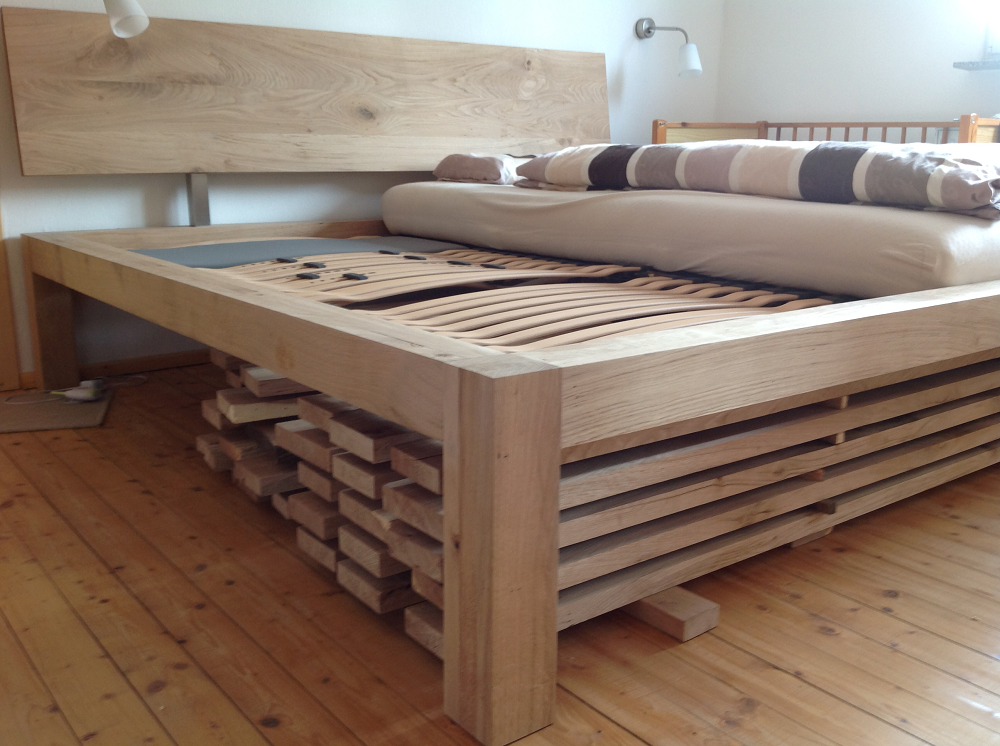 Purebed. Build out of solid oak.

The base material were rough oak log planks. First, the sapwood has to be removed. Second, the wood has to be roughly cut to size. Third, the planks were straightened with a jointer and a uniform shape of all planks was achieved with the thickness planner. Fourth, every three planks were glued together to form a 10cm*10cm wooden beam. Fifth, the final treatment in uniform size was performed with the jointer. Sixth, the four legs and four horizontal peaces were cut in length and the corners were elaborated: on the one side with a traditional mortise and tenon joint and on the other side with a classical bed fitting. Seventh, final cosmetics are done with the random orbital sander up to P240.

This is the current intermediate state: 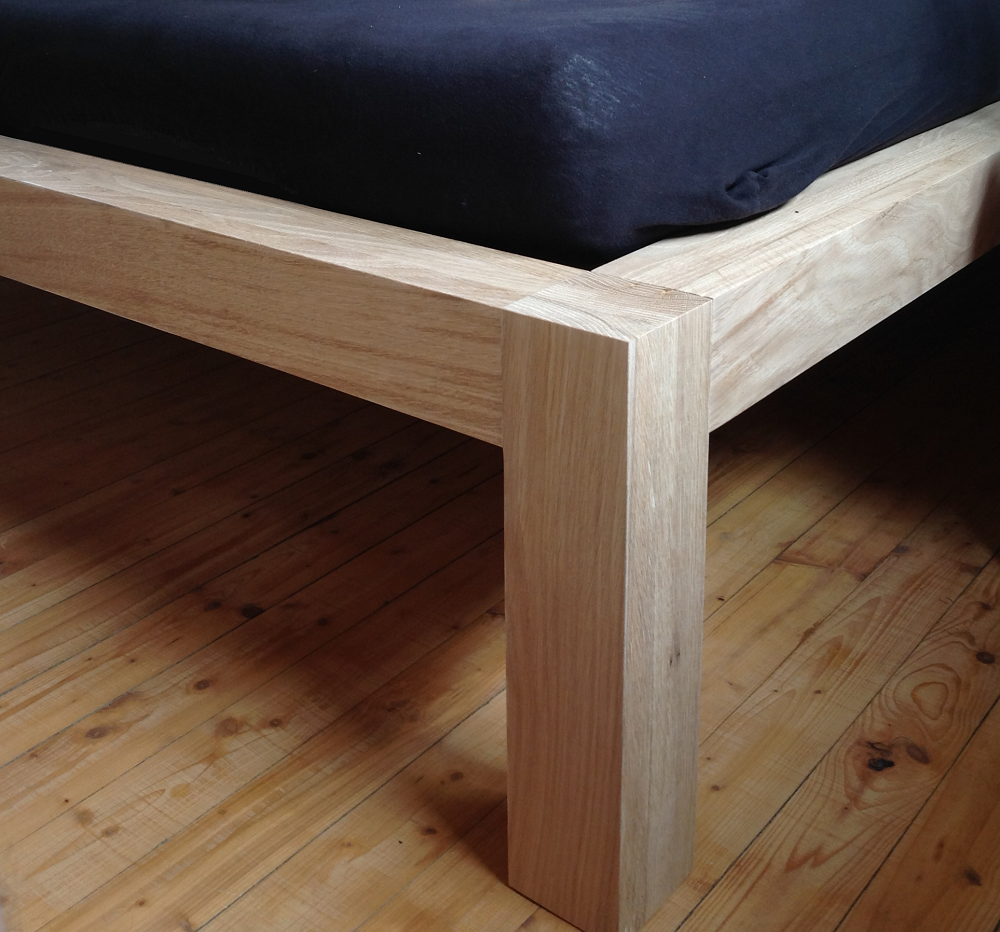 In the meantime the rest was built and attached with two stainless steel square tubes. Additionally, the four classical bed fitting corners were reinforced with two massive pocket-hole joineries each, due to enhanced rotary stability.