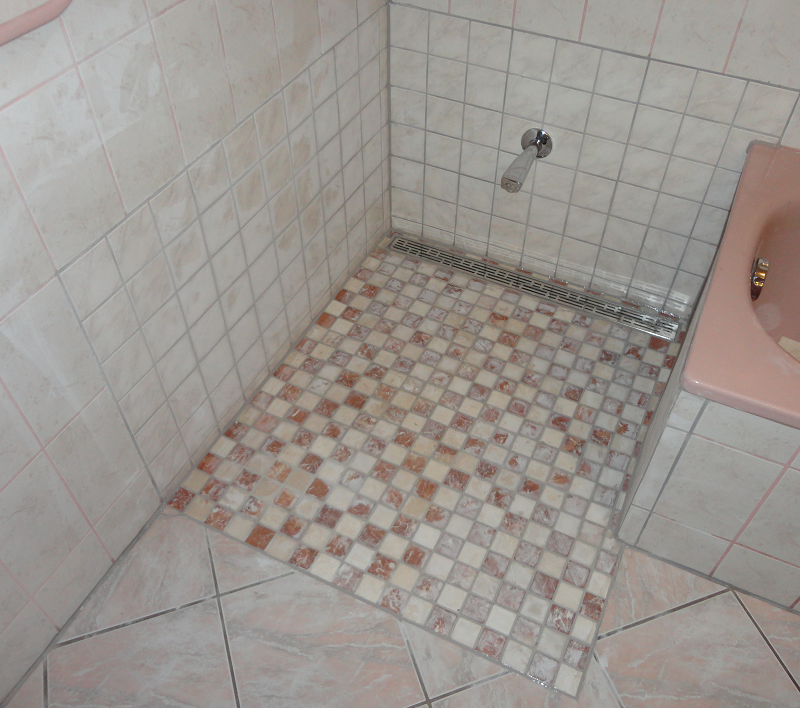 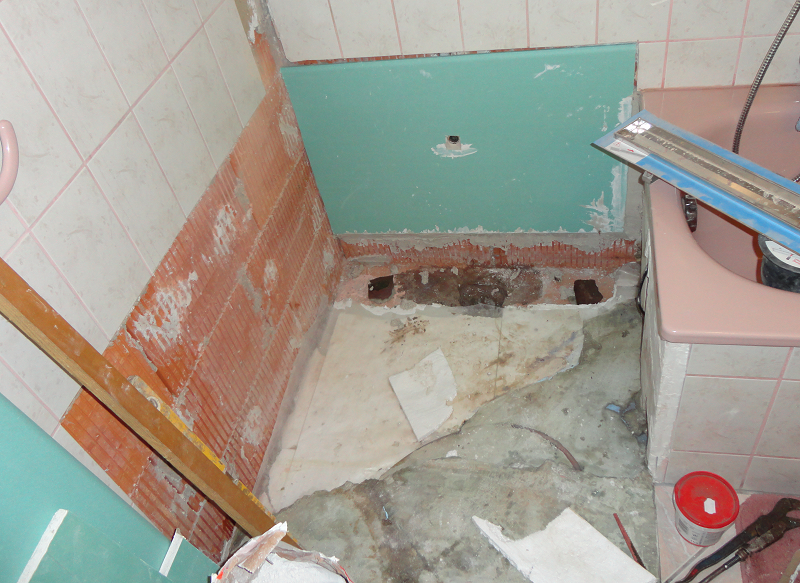 Installing the TECE drainline and lay the screed

After the TECE drainline was evenly aligned and fixed with rapid cement the rapid screed can be layed and the missing pasterboards can be sticked to the wall and spackled. 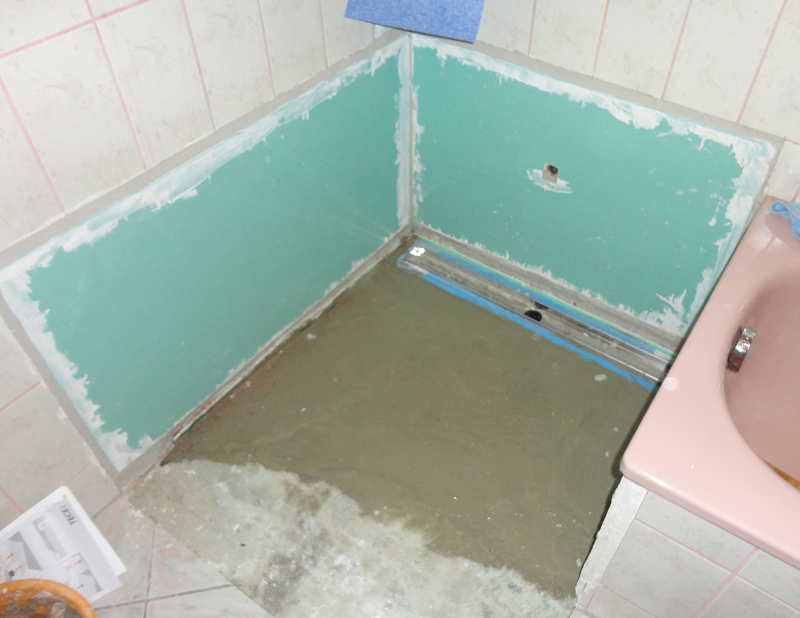 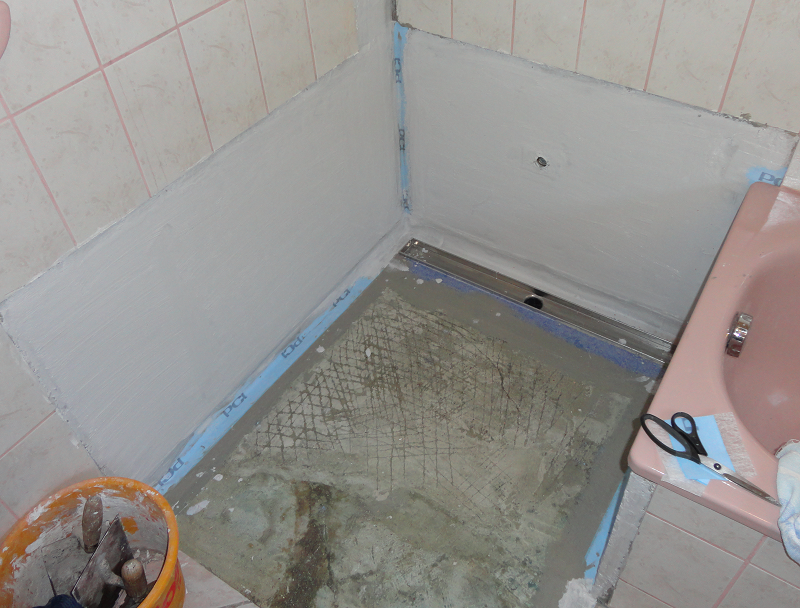 Started tiling the wall and sticking a sealing tissue on the floor. 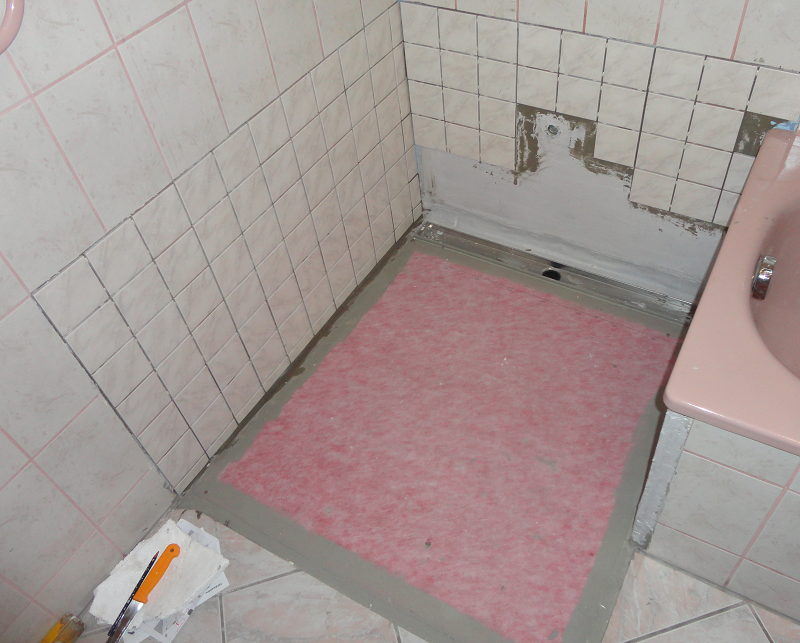 Finished tiling the wall and sealing the floor with white PCI Latogum a second time. 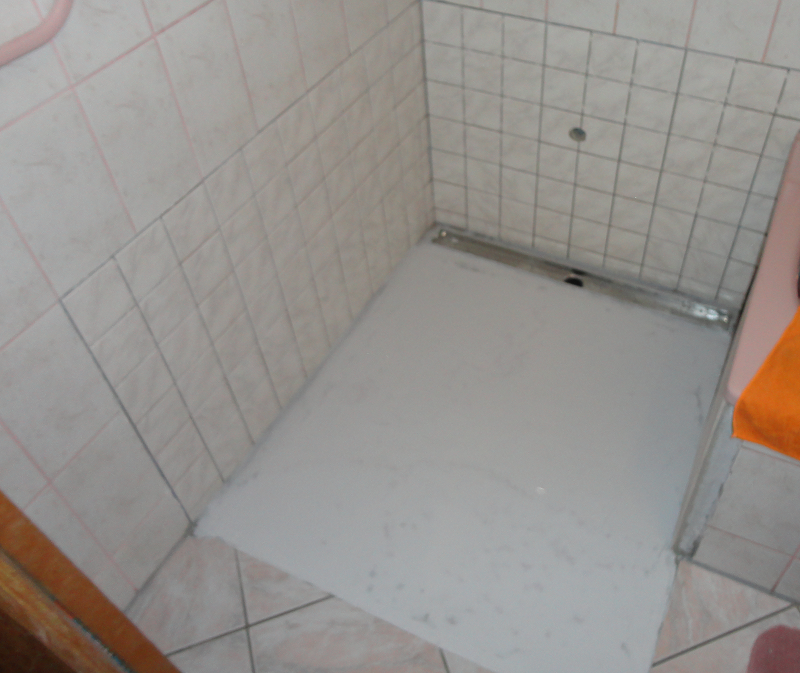 Tiling the floor with rapid tile adhesive, grouting the tiles and sealing the edges with silicone. We are done. Luckily the descent is sufficient that the water drains away without wet spots…